Experience Baltimore During National Walk in the Park Day 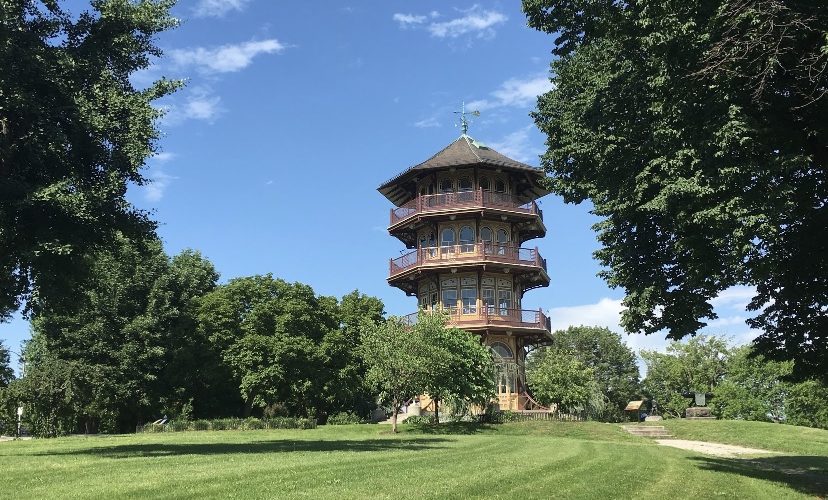 It’s a Walk in the Park!

1305 Dock St. would like to remind its residents that National Walk in the Park Day is this upcoming Monday, March 30th.

So, soak up some Vitamin D and get some fresh air! (It’s good for you, you know?)

National Walk in the Park Day occurs every March 30th.

But, what is this “holiday?” Well, National Walk in the Park Day is a celebration of the natural world and physical activity! This national holiday was created to encourage people to disconnect from tech and reconnect with Mother Earth.

Studies have shown that nature-walks and hikes reduce stress, decrease risk of diseases and cancers, and increase longevity. So, enjoy wildlife and everything organic this #NationalWalkInTheParkDay!

We are fortunate that 1305 Dock Street is in close proximity to Baltimore’s best parks. Here’s some mearby greeneries that you can explore!

Patterson Park is only 10 minutes away from your home at 1305 Dock Street.

Besides its convenient location, Patterson Park has amazing amenities, including: various basketball courts, tennis courts, ballfields, and athletic fields. You can also look forward to the Audubon Center, Rec Center, Lake, and Farms Garden! And, you can relax at the two picnic pavilions.

Patterson Park was completed in 1998 by CCR and community groups to promote cultural diversity, sustainability and clean-ups, and advocacy for wildlife. Before it was a park, the site held American troops in 1812 and served as an Army hospital in the 1860s. The 1891 pagoda still stands today.

Canton Waterfront Park is only 10 minutes away from home.

Besides its dazzling harbor views, Canton Waterfront Park offers a Fishing Pier (no license required), a Boating Ramp, multi-use trails, and free parking! Oh, and don’t forget your bike— there are over 100 bike racks on-site!

Travel back-in-time at Canton Waterfront Park with its maritime history. The Inner Harbor was significant for the U.S. Navy, hence this Waterfront Park’s memorial of the Korean War.

Federal Hill Park is just over a ten-minute drive from 1305.

This park is known for its breathtaking views, Flag Staff Plaza, courts, and playgrounds! There are tons of seating areas, so feel free to plan a picnic!

When returning from Jamestown, Anglo-Saxon John Smith discovered Federal Hill and remarked its “great red bank of clay.” Since then, it has been used for colonial gatherings, a watchtower for the U.S. Navy, and a stronghold in the War of 1812. In 1880, Baltimore declared that Federal Hill was to become a public park. Today, it is listed in the National Register of Historic Places.

Druid Hill Park is only a twelve-minute drive from home.

While Druid Hill Park is known for its scenic trails and routes, they also house the Howard P. Rawlings Conservatory and Botanical Gardens, the Glass House of Dreams, and the Maryland Zoo!

Druid Hill Park was established in 1860 as a public park.

Wyman Park is only a twelve-minute drive from home.

Wyman Park is a 16-acre park with scenic trails and wildlife! They are also conveniently located by the Baltimore Museum of Art.

Wyman Park is one of the few parks fully conceived and planned by the Olmsted Brothers in 1904.

Riverside Park is only 15 minutes away from home.

Besides its various jogging and walking paths, there is a large swimming pool, plenty of athletic fields, playground, and pavilion!

In regard to its history, Riverside Park was a lookout during the War of 1812. In 1854, Baltimore approved this site for public use. At the time, it was known as Battery Square. In 1873, it was renamed to Riverside Park and became one of the city’s first public parks in 1876.

Carroll Park is just 15 minutes away from home.

Carroll Park is the third oldest park in Baltimore and was originally a part of Charles Carroll’s Mount Clare estate. Before becoming a public park in 1890, it was utilized as a camp in the Civil War and was a private recreation area for German immigrants. In 1951, the Carroll Park Golf Course was utilized for important gatherings and protests during the Civil Rights Movement.

Fort McHenry National Monument and Shrine is approximately 20 minutes away from home.

This 42-acre park is known for its national monument, flag displays, and Sea Wall Trail – with various wildlife and animals.

Fort McHenry has quite the history! It is the home of the Defence of Fort M’Henry, or the modern Star-Spangled Banner. Fort McHenry was a stronghold for the Revolutionary War, War of 1812, and Civil War. Fort McHenry was also significant in WWI and WWII, as a hospital and Coast Guard base respectively. It became a national park in 1925 and a national landmark in 1939.

You can still see the first official 49- and 50- star flags flying over the Fort today!

Read more on its history here.

Bring Your Furry Friends Too!

Don’t leave your fur babies behind!

1305 Dock Street is a pet-friendly community, so celebrate National Walk in the Park Day with your furry friends too! They’ll certainly appreciate the outdoors and exercise!